A pasta dish inspired by the famous Greek spinach pie. This is an easy, nutritious and meatless recipe full of flavor! 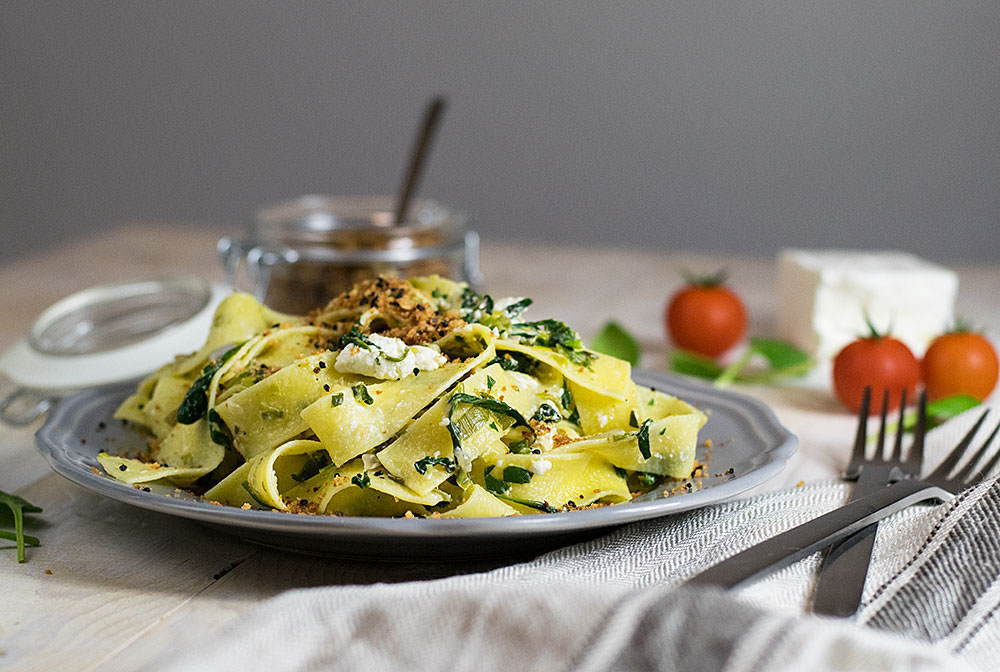 Spanakopita is probably one of the most famous Greek foods. It comes from the words “spanaki” which means spinach and “pita” which means pie. So, obviously, spanakopita is nothing more than spinach pie! In Greece, pies are not exactly the same as the American pies. Greek pies are usually made with many layers of phyllo dough (homemade or store bought) and a more stable and thick filling, so that you can take a piece with you and eat it as a snack or lunch, without worrying about making a mess. Of course, these pies can be either savory or sweet and the types of fillings are endless!  This 30 minute leftover chicken pie is another example of a Greek pie, though totally different from the classic chicken pie you’re used to! Anyway, today’s recipe, as you’ve already figured out, is a pasta dish featuring all the great flavors of spinach pie! 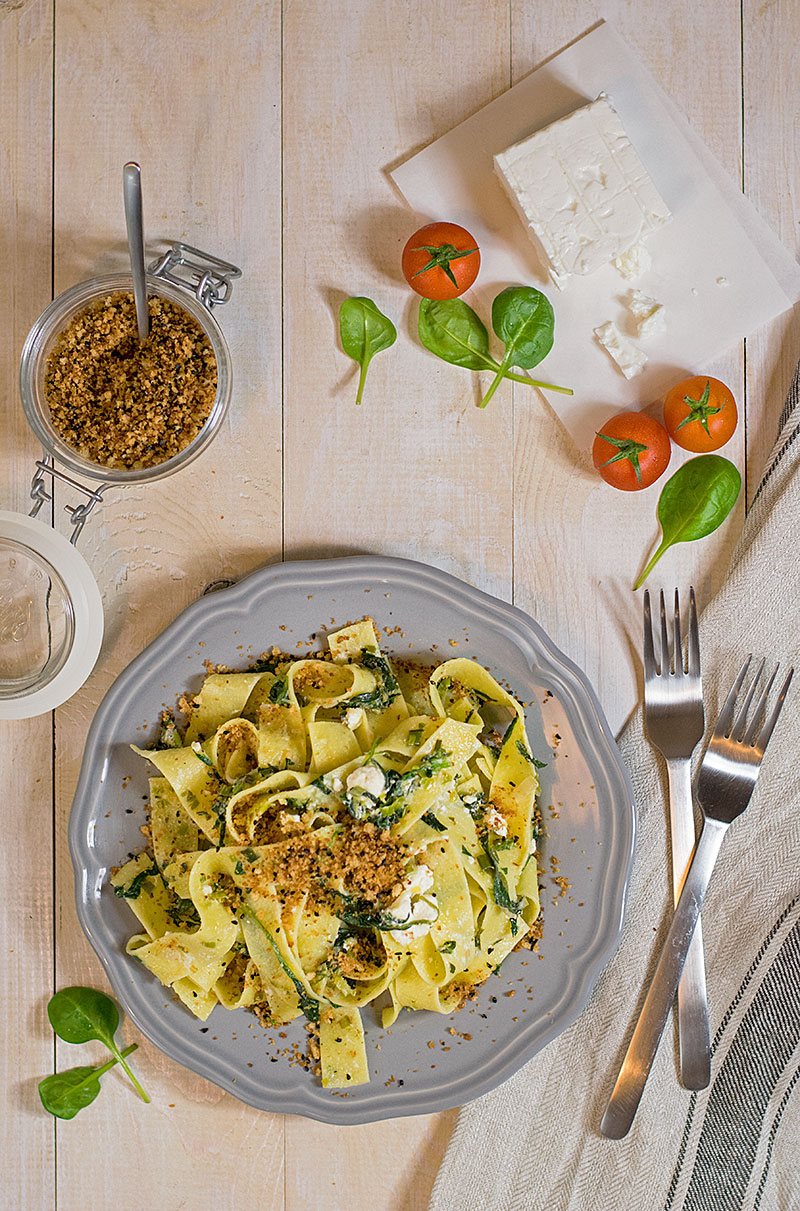 I really wanted to make this recipe work! And as it turned out, it was pretty easy to do so! I imagined what a spanakopita pasta dish would include. Pappardelle pasta came right into my mind because I wanted a type of pasta with plenty of surface to showcase the rest of the ingredients. But if you don’t like papardelle, any type of pasta will do the job. I believe some penne or farfalle will also be great and will produce a very pretty dish. 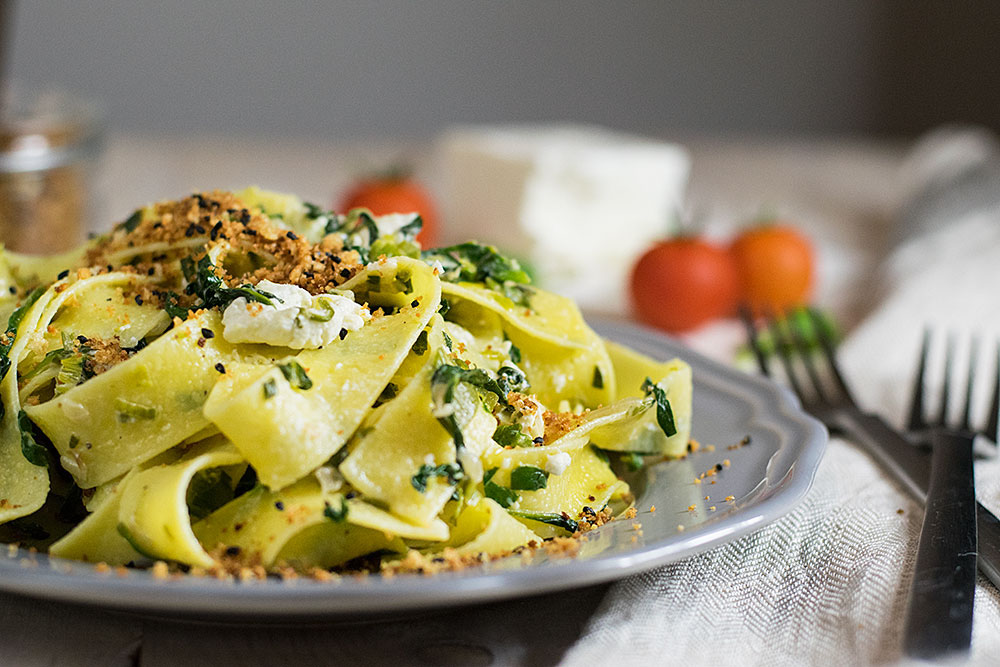 A classic spanakopita has simple ingredients; lot of spinach, sautéed onions, some feta cheese and the phyllo. So I knew I had to use all of these ingredients. Sometimes, leeks are also used in the filling, giving it a nice sweet taste, so I incorporated a stalk of leek too. I could have stopped there, but I felt something was missing; the caramelized flavor and crunch of the baked phyllo. After all, a properly made (and baked) phyllo is the thing that takes a pie from good to great. To mimic those qualities, I cooked a cup of breadcrumbs with some olive oil until well browned and added a tablespoon of black sesame seeds just for the fun of it. And if I wasn’t so humble, I’d say I nailed it! 😛 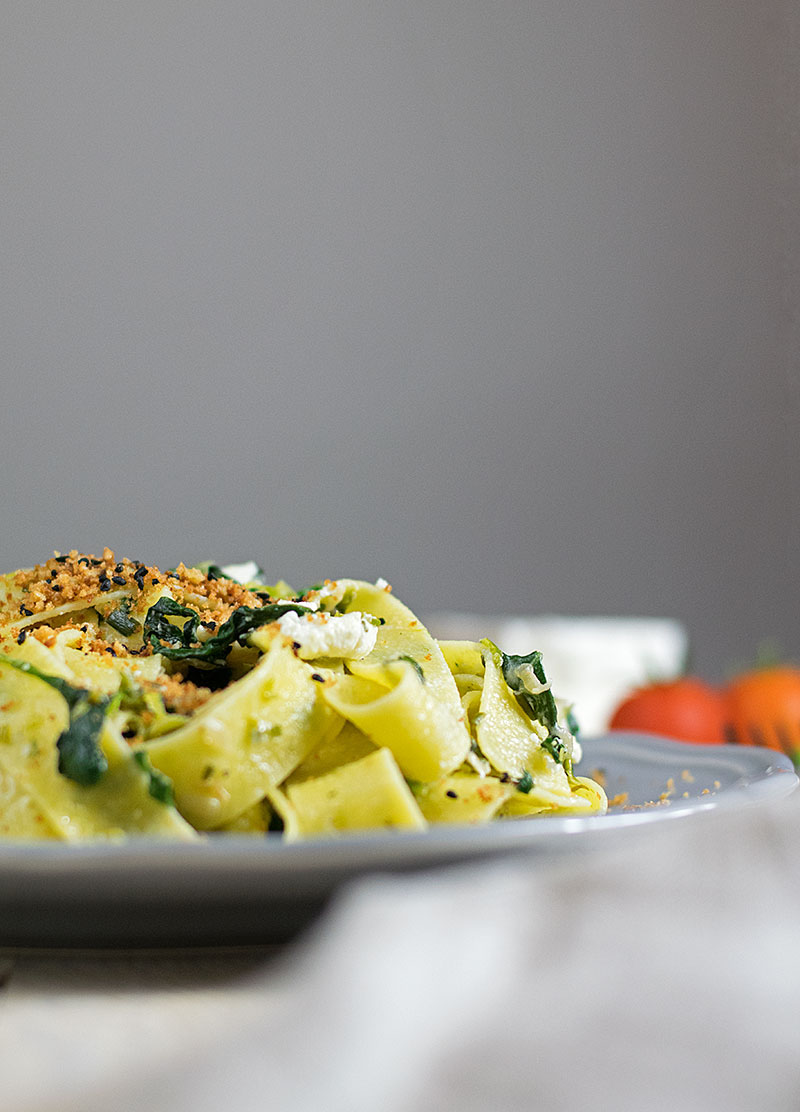 This recipe is very easy, and it’s made in just one pan, plus the pot you’ll use to boil your pasta. It can be done in less than 30 minutes, and the result is just awesome!

Some notes/tips:
Try to pick a good quality feta cheese!
Brown those bread crumbs very well. Stir them constantly in the pan to prevent them from burning, especially at the end.
If you don’t like black sesame, use white sesame or poppy seeds or nothing at all.
If you like fresh herbs, try adding some green onions, dill or even mint. (If you use green onions, you’ll add them to the saucepan along with the onion and leek. If you use dill or mint, you’ll add it at the end along with the feta cheese) 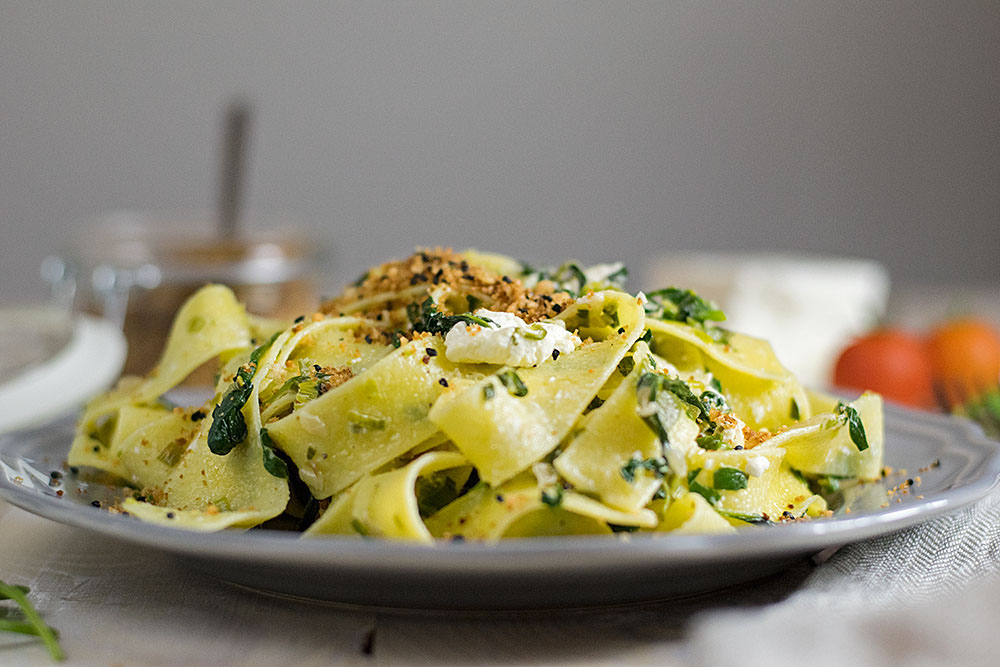 Interested in Greek recipes? Check out this plant based, protein-rich yellow split pea puree with mushrooms and caramelized onions or these vegan, egg free and dairy free sesame and olive oil cookies! 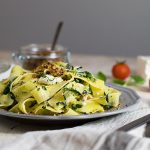