This recipe for spanakopita (Greek spinach pie) is a lot easier than you think (just watch the video) and it’s made with 7 ingredients only! Plus, it can be made vegan.

Probably the two most famous Greek savory pies are Spanakopita (spinach pie) and Tiropita (cheese pie). Having these two pies as a base you can make countless variations by adding the ingredients you prefer or the ones that are in season. I still haven’t posted a classic tiropita here on this blog, only this four cheese pie with a scented bechamel sauce which deviates from the tradition but it’s definitely worth a try!

Many Greek cheese pies are made with a mix of different cheeses and bechamel sauce, while others contains only feta cheese and (maybe) some eggs. For example, these individual savory pies from My Little Expat Kitchen are truly delicious! Similarly, Spanakopita can be made in many different ways but it should always contain spinach as the main ingredient.

A close cousin to Spanakopita is Hortopita (a pie with greens) which contains a variety of leafy greens like white mustard greens, stinging nettle, chard, amaranth, dandelions and other wild stuff that nowadays only our grandmas know to how to find and harvest from the countryside

Most of the times I use store-bought phyllo for my pies. Not only because it saves me time, but also because the quality is fine (especially if you like it very thin). If you prefer to make your own homemade phyllo you can follow this recipe for Easy Greek Olive Oil Homemade Crust – Phyllo from Olive Tomato . If you use this crust you will probably need less oil for greasing because it gives you less (but thicker) layers which already contain some olive oil.

You only need 7 ingredients to make this Greek spinach pie:

A lot of recipes also add eggs but I really don’t see a reason why. On the other hand, I strongly recommend using the leeks. They provide a certain sweetness which makes the taste a lot better than using spinach only. A good quality feta cheese is all it’s left to complete the flavor profile of a classic spanakopita.

However, it’s not uncommon for a lot of home cooks to add any other greens they happen to have on hand, especially herbs. There’s no right or wrong here, just go according to your taste. My preference is to keep my spanakopita very simple when I make it with feta, and use a lot of herbs when I make it without (vegan and suitable for Lent). The most common extra things you can add are:

How to make spanakopita

How to arrange the phyllo sheets in the pan

Really, there’s no right or wrong way to arrange the phyllo sheets, but in case you’ve never made a Greek savory pie before, I’m going to give you some general instructions. Though there may be some variations between different brands, the typical phyllo packaging has approximately 12 sheets and weighs 1 pound (450 grams). The traditional phyllo has about 9 thicker sheets and weighs 1.4 pounds (650 grams). You can use either of them.

Both types of phyllo are around 14.5 x 19.6 inches (37 x 50 cm) in dimensions, but again, this can vary depending on the brand. Your baking pan can be rectangular or round (the Greek traditional pan for spanakopita is round and shallow). All you have to remember is to create a nest with half or more of the phyllo sheets which you will fill with the filling. Then, cover with the remaining phyllo sheets.

*This recipe will also work with puff pastry. If you use puff pastry you will not need to brush it with oil, you will only need to grease the pan or line it with parchment paper.

Can you make spanakopita vegan?

This recipe contains no eggs, and uses olive oil as fat so the only thing you should omit if you want to make it vegan is the feta cheese. However, because feta makes about half (or more) of the filling you should keep in mind to double the quantity of the spinach and the leeks. It may seem a lot but once cooked, all the greens lose their moisture and reduce a lot in volume.

Also, because feta provides a lot of flavor, I recommend using some of the herbs mentioned in the ingredients above, like parsley, dill, chervil, Mediterranean hartwort, and green onions.

How do you keep spanakopita crispy?

Can you freeze spanakopita before baking?

Yes you can! You can freeze a spanakopita and keep it in the freezer for up to six months. This is a great way to reduce some of the preparations before a big dinner. You can also divide this recipe between two smaller pans and freeze the one for later.

How do you cook frozen spanakopita? Thaw in the fridge from the previous day and bake as normal.

Can you eat spanakopita cold?

Spanakopita can be eaten warm or cold. Once you take it out of the oven, it’s best to let it sit on the counter for 30 minutes for the filling to set and to be able to cut it more easily and serve it without risking it falling apart. Once it gets cold you can store it at room temperature for 1 day or inside the fridge for 3-4 days. After the first day the crust will probably be a bit less crispy, but the taste will all be there! 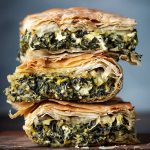 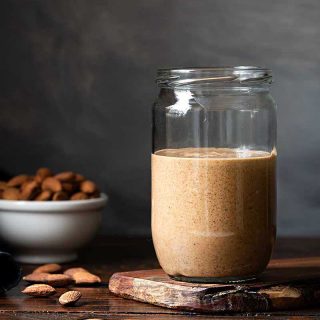 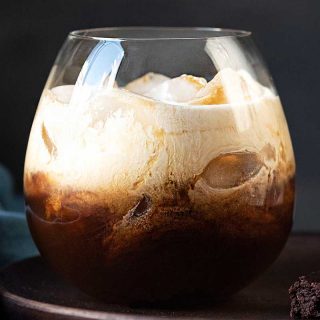 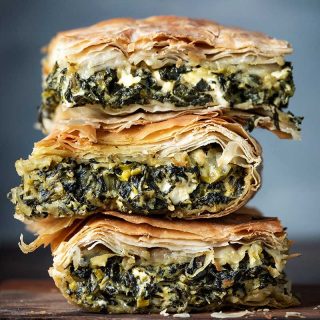 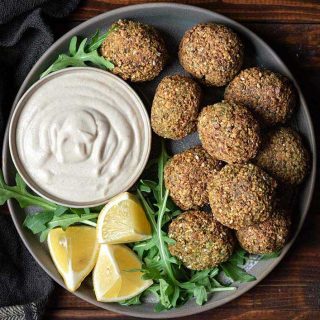 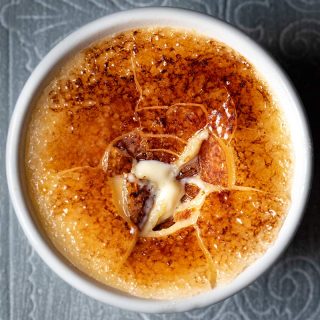