This Turkish delight ice cream has a velvety texture and an amazing flavor from Turkish delights and rosewater. Plus, it’s made without an ice-cream machine! 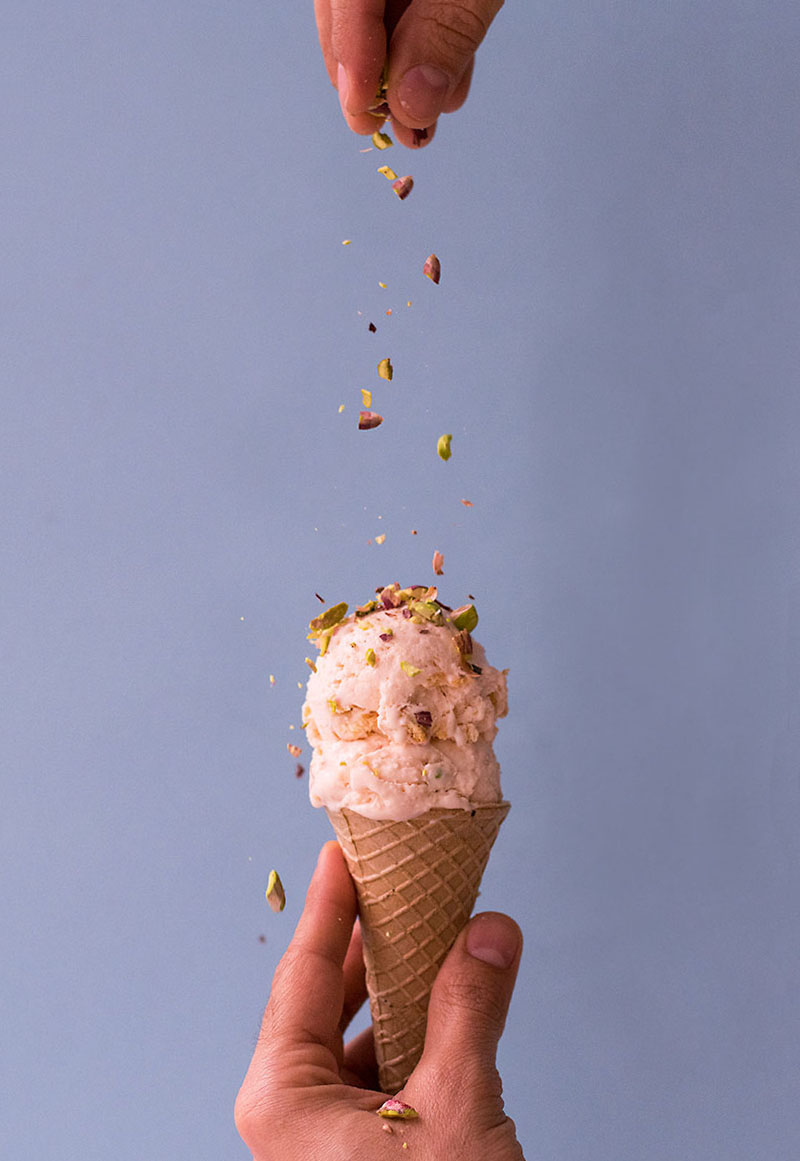 A few weeks ago I posted this bee pollen golden milk no-churn ice cream, which had some powdered milk to help the texture remain soft and velvety and minimize any sugar crystals. Adding powdered milk (which is mixed in half a cup of whole milk) to the ice cream recipe not only cuts down the sweetness but it also reduces the overall fat percentage.

So, I think this recipe is a nice variation to the classic no-churn recipe that uses only cream and sweetened condensed milk. The taste of that ice cream is nothing but ordinary, and though you may find it a little weird at first, you get to love it bite after bite – or lick after lick. This bee pollen ice cream was the inspiration for today’s recipe, which incorporates Turkish delights to achieve the same velvety texture and a delicate, irresistible rose flavor due to the delights, rosebuds, and rosewater. 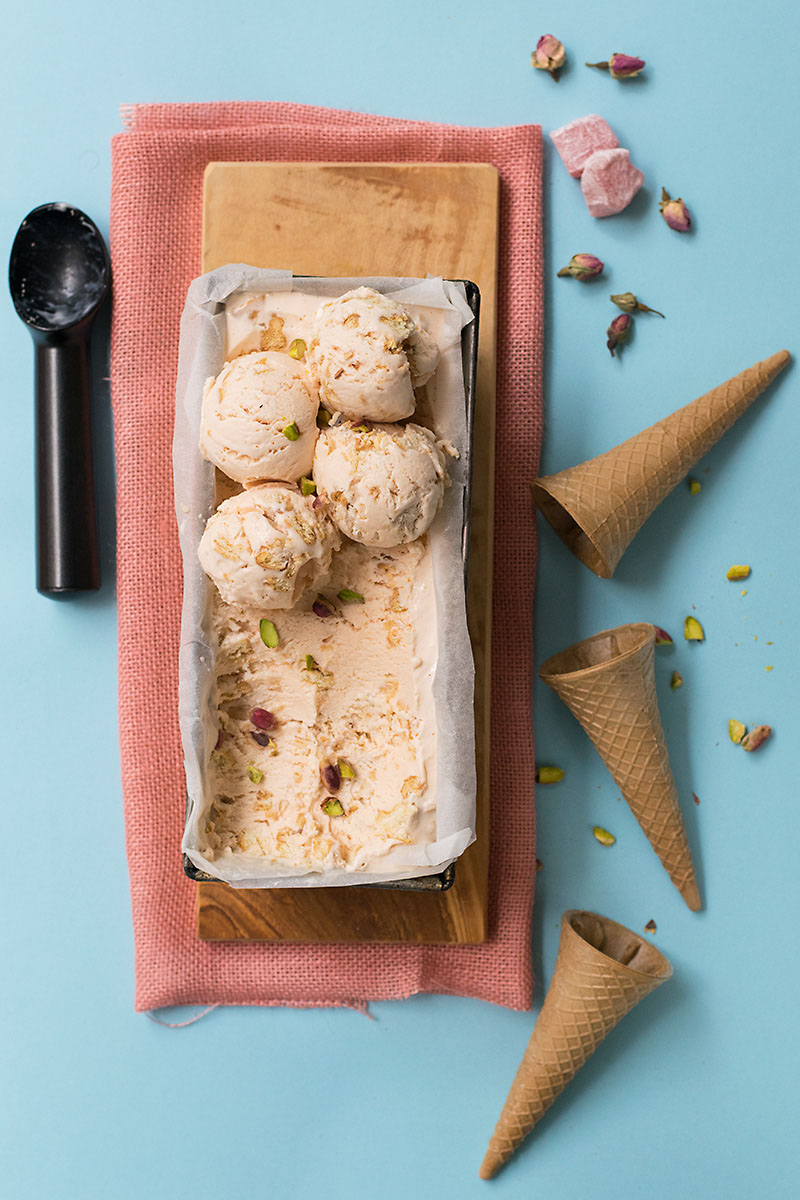 I first used Turkish delights in these Turkish delight filled cookies. I just can’t say enough about these cookies. They are very easy and quick to make, don’t require a lot of ingredients, they are naturally vegan, and I make them as often as I can since they’ve become my favorite cookie recipe! After falling in love with their rose flavor, I decided to make a more summery dessert with them, so this ice cream was more than an obvious choice.

Since Turkish delights consist mainly of corn starch, sugar, water, and flavorings, they actually replace the corn starch used in the bee pollen golden milk ice cream recipe. What I did was to melt them in some hot milk and then blend them in a blender to ensure that there were no lumps and everything was smooth and properly homogenized. 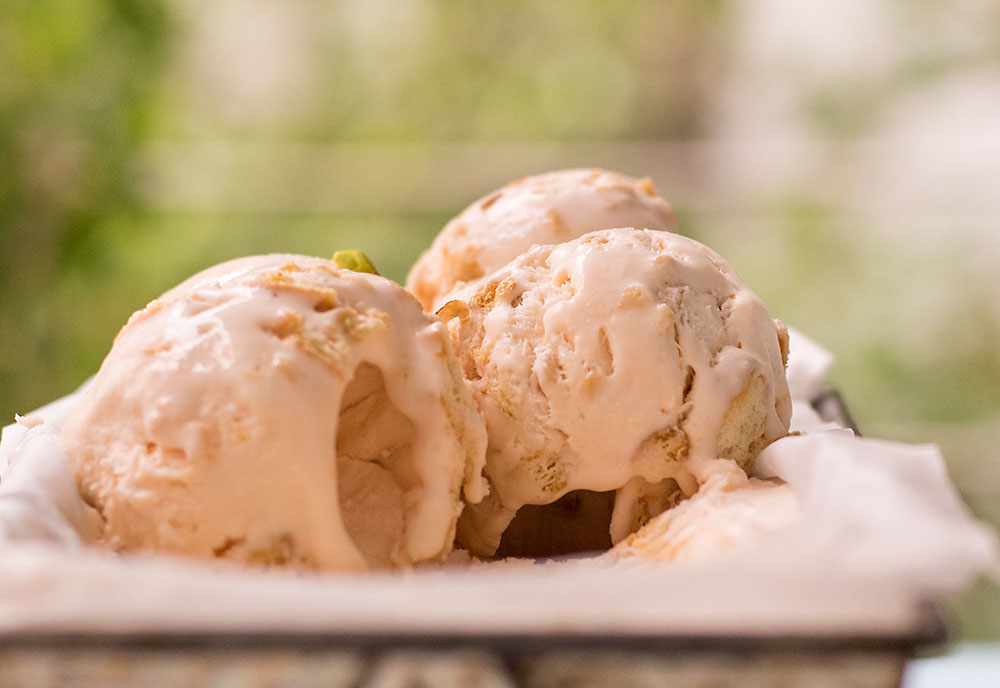 Another ingredient of this recipe is the dried rosebuds. Though Turkish delights and rosewater already have enough rose flavor, I find that rosebuds contribute a more delicate, almost sensual scent. So you’ll see that I use them to add an extra level of deliciousness in this recipe. However, if you can’t find any, just add a tablespoon more of rosewater. This recipe may have 1-2 steps more than your average whip-the-cream-add-the-sweetened-milk-and-freeze recipe, but it’s actually pretty easy and the final result will be more than rewarding!

All you have to do to make this ice cream is: 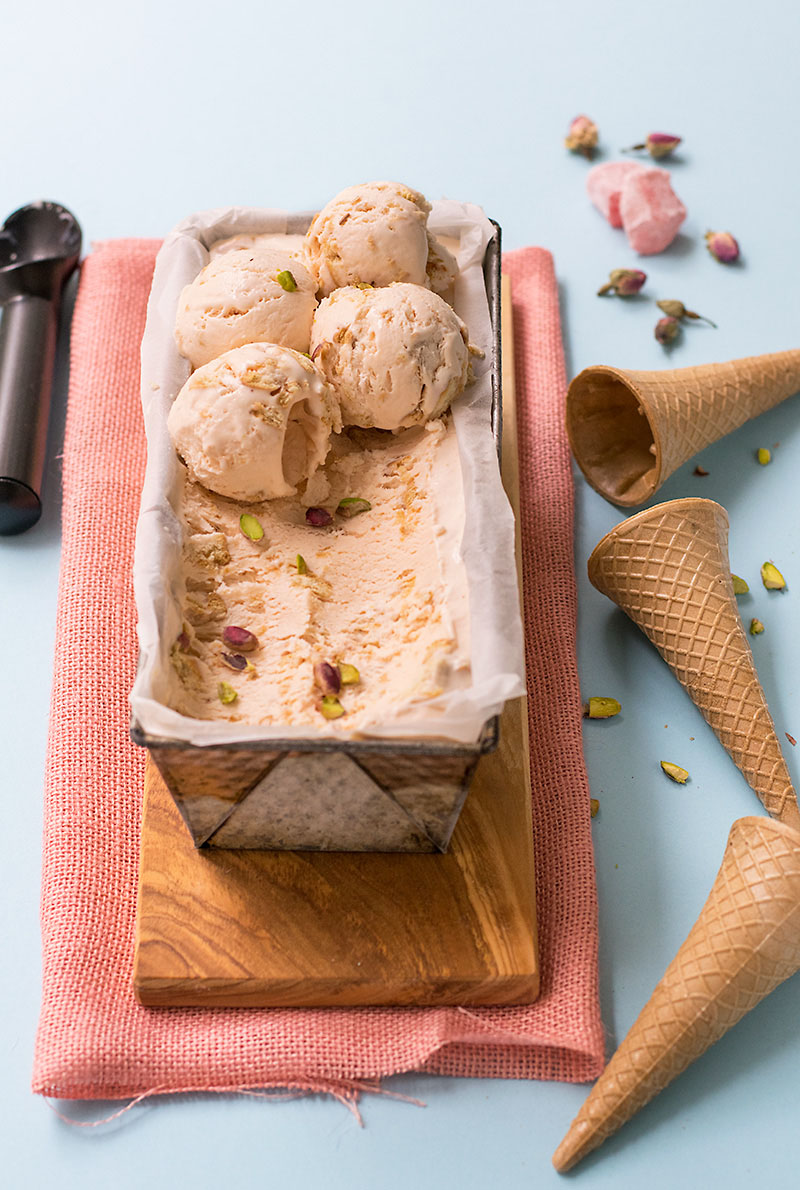 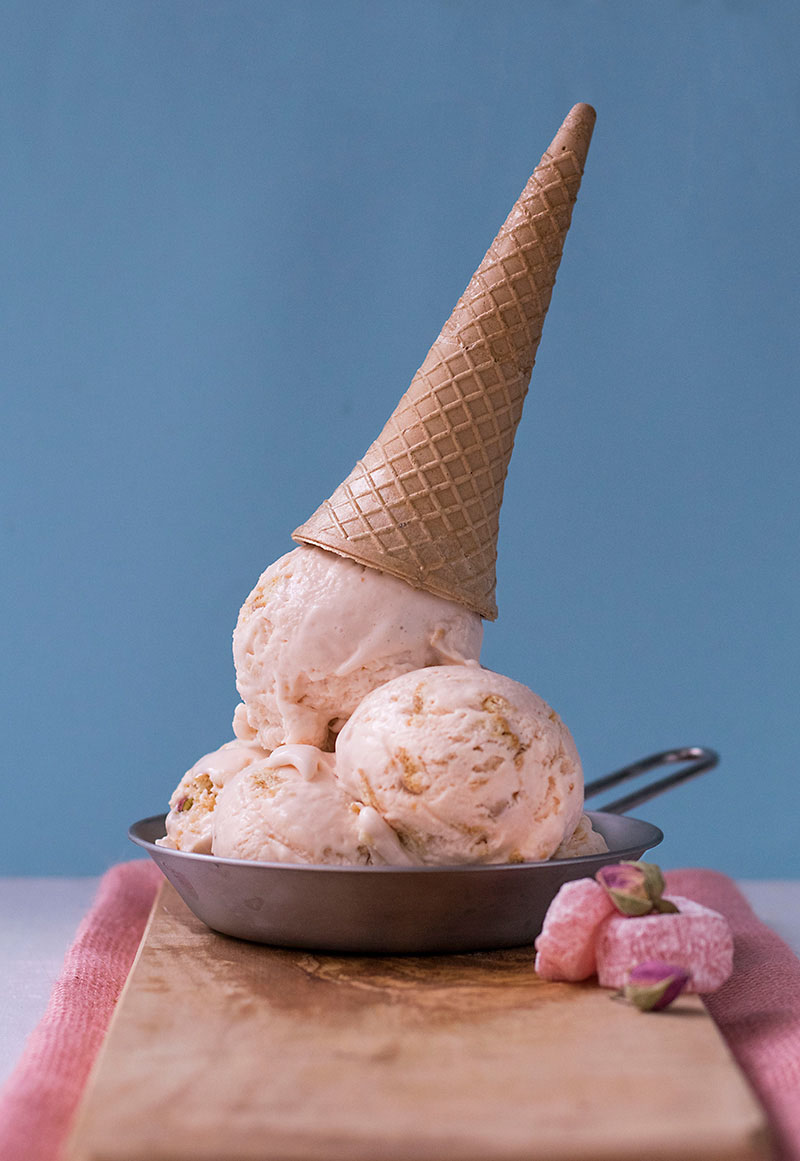 This recipe has been updated with easier instructions 🙂 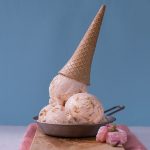 Easier recipe using only rose water (no rosebuds and no delights): Instead of the Turkish delights use 1 tablespoon corn starch mixed with the 1/4 cup milk (milk must be cold). You will then continue according to the instructions, heating the mixture until the corn starch starts to coagulate and the mixture thickens. You’ll also have to add 1 more tablespoon of rose water.
Use nuts instead of cookies for a gluten-free ice cream 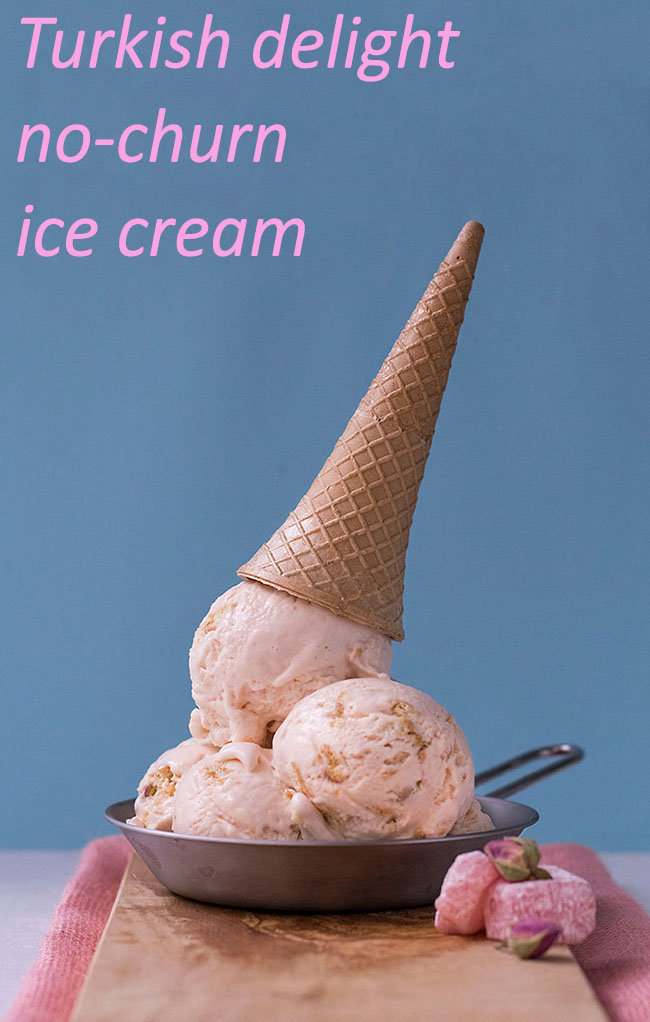