Two magic shell recipes, one with white and one with dark chocolate. The first is flavored with black pepper and the second with cinnamon. 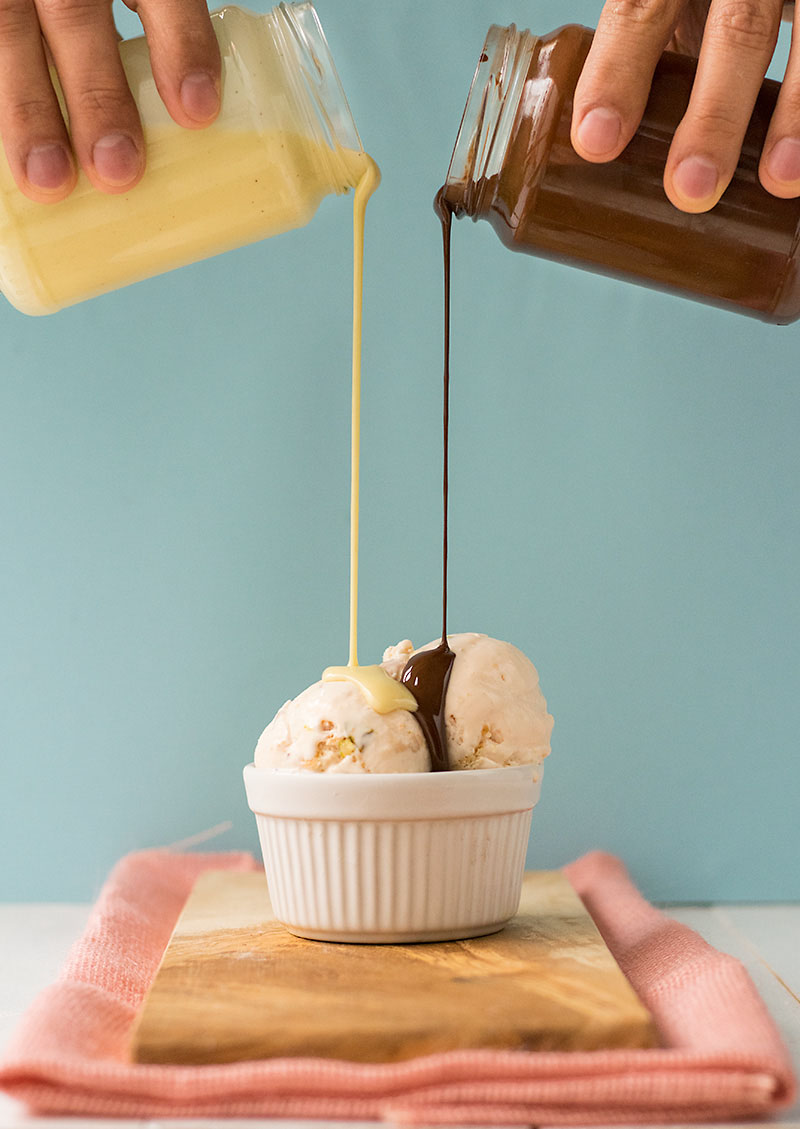 This salted chocolate magic shell recipe almost feels like cheating! It has 4 or 5 ingredients, and requires almost no effort, especially if you use chocolate chips instead of a chocolate bar. However, I almost always prefer chocolate in the form of a bar because it is cheaper, and has better taste. Moreover, some chocolate chips may contain substances that prevent them from melting, something we definitely don’t want here. I initially intended to include this magic shell recipe in the ice cream recipe you see in the picture, but I ended up taking a lot of photos and couldn’t decide which to left out. So, a new post was born! And in case you’re wondering, the ice cream covered with the magic shell is this Turkish delight no-churn ice cream, which I highly recommend you to try! 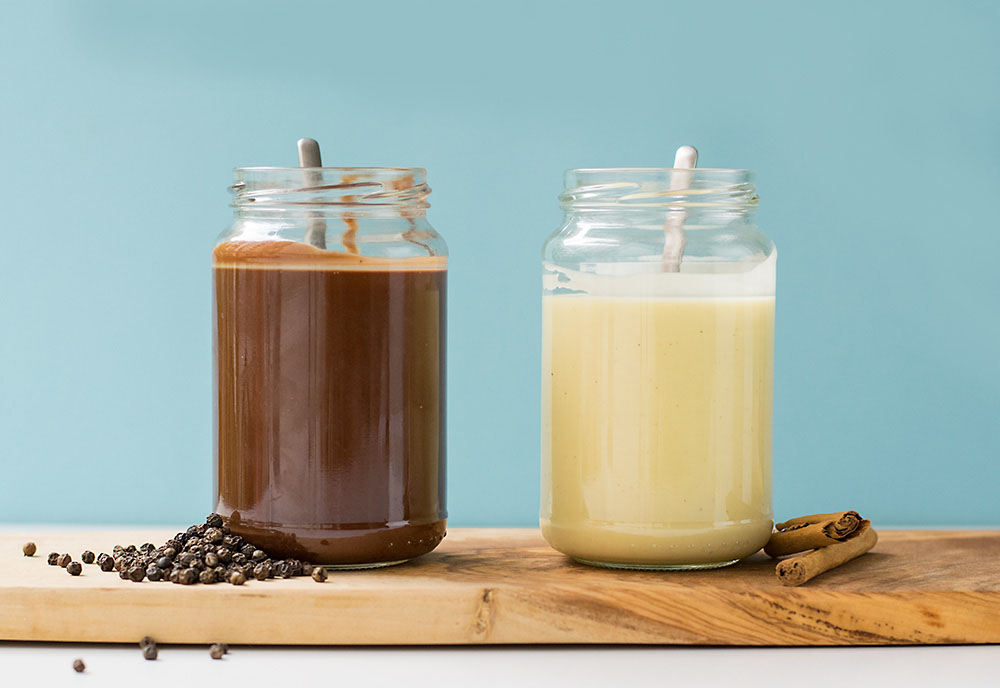 The texture:
When slightly warm this magic shell has the perfect consistency to pour over a bowl of ice cream.
When in room temperature, it has the consistency of something like nut butter (so no one will blame you if you spread some on a piece of bread).
When frozen it solidifies.
The taste:
For this recipe I recommend a mild extra virgin olive oil since its taste can be overpowering, especially regarding the white chocolate version. Keep in mind that when you make it and it’s still warm, the smell of olive oil will be intense but it almost fades out when frozen. Also, black pepper and cinnamon help to mellow the strong character of olive oil. However, if you feel it will be overpowering you can use half olive oil and half another neutral vegetable oil or coconut oil (and that’s how it’s given in the recipe). 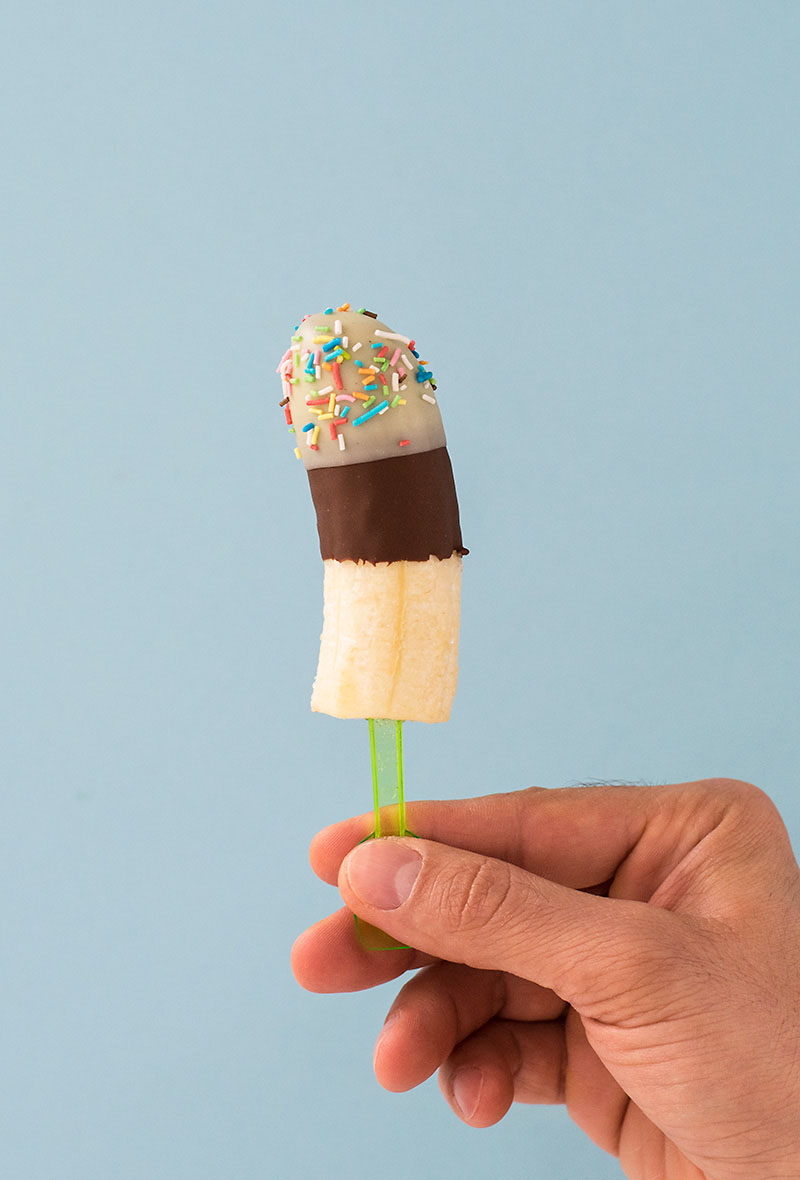 What you can do with it:

As you can see from the pictures, you can freeze some bananas and dip them first into the dark chocolate magic shell, then into the white magic shell and then add some sprinkles or chopped nuts. Just wait for the first coating to harden before the second dip!

You can cover some popsicles like I’ve done with these tahini and chocolate fudge popsicles which are not only tasty but really healthy too!

Use it instead of a ganache to cover a chocolate cake. I have used it to coat some poached pears and this marble semolina no-bake cake.

Use it as a chocolate sauce and drizzle it warm over pancakes, chocolate soufflés, and other desserts. 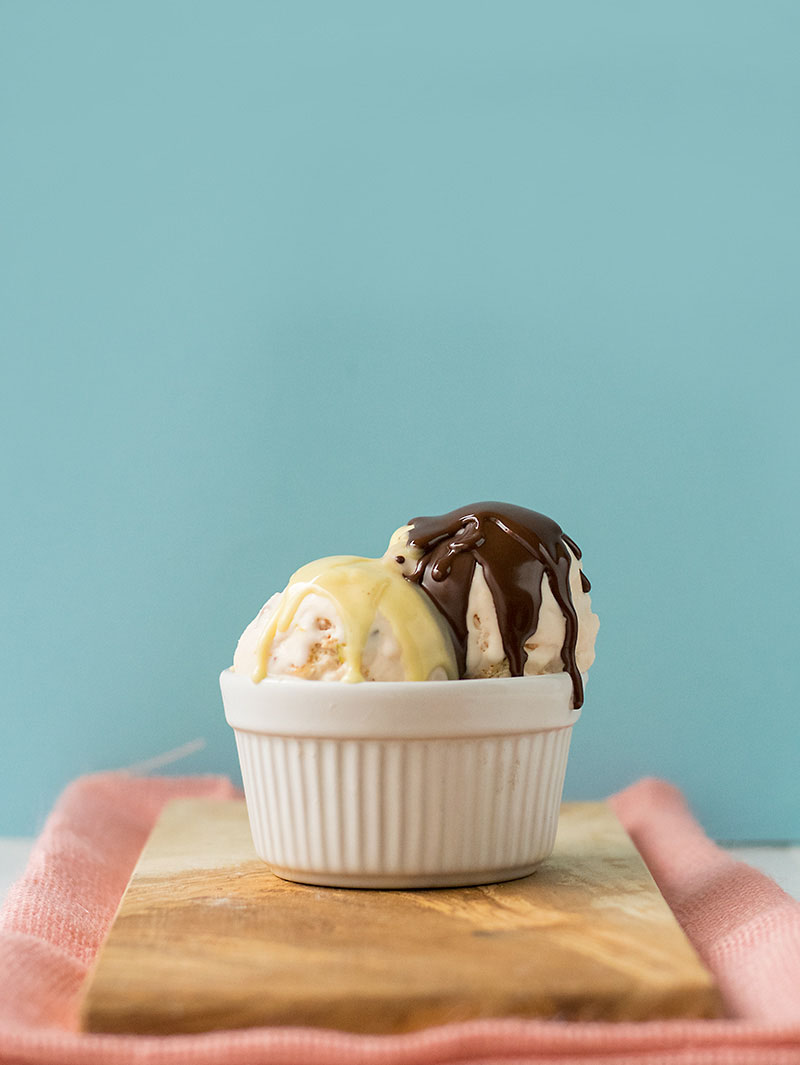 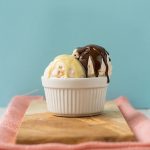 If you’re daring enough, you can use only olive oil (2 tablespoons total). It will need a few seconds more to set, when drizzled over ice cream. 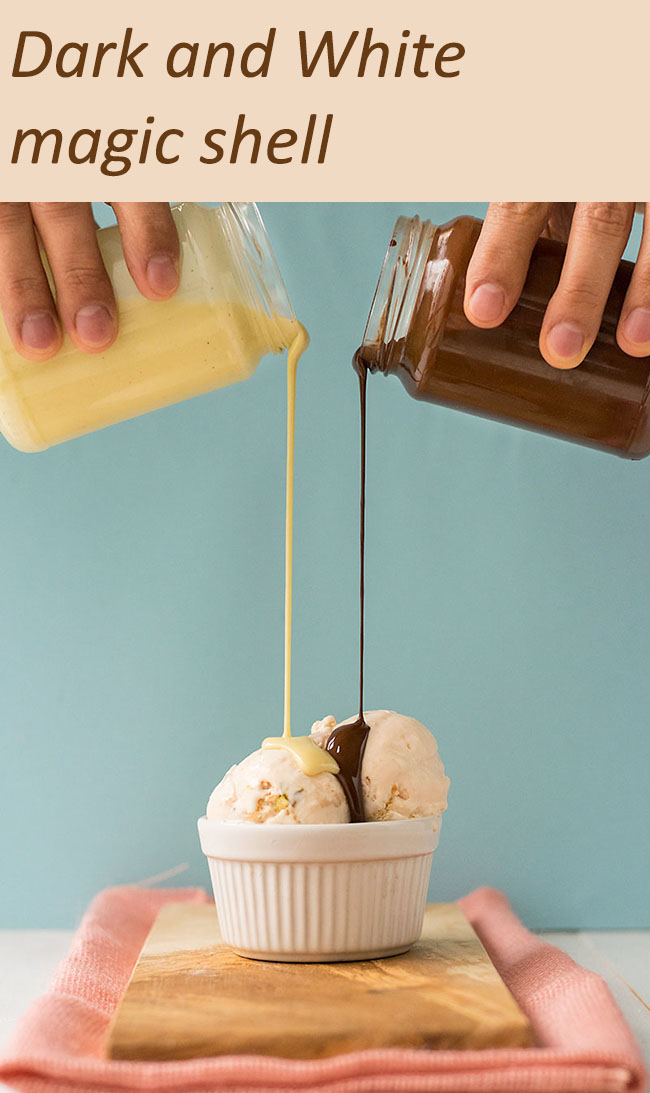